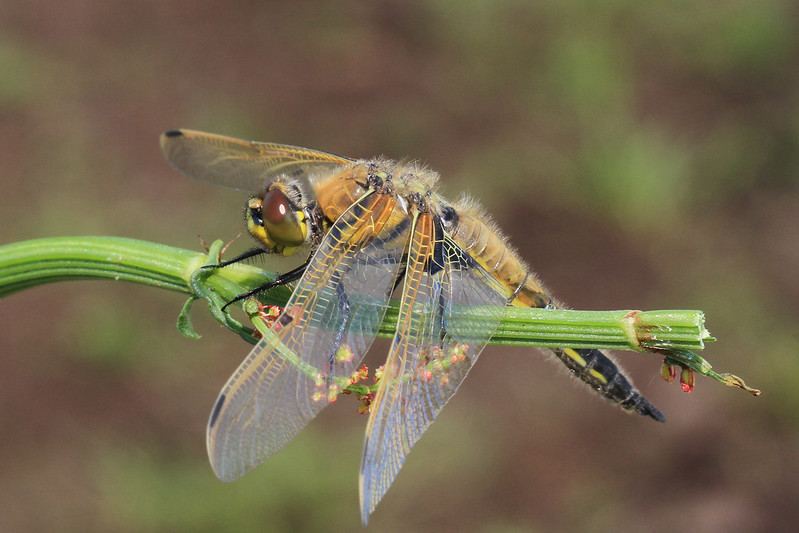 The rare Norfolk hawker is a pale brown dragonfly, with a distinctive yellow triangle on its body. It is only found in unpolluted fens, marshes and ditches of the Broads National Park in Norfolk and Suffolk. Image: Gary Last (Flickr).

There are now over 41,800 records on the SBIS Database. The Suffolk Local Dragonfly Group has collected thousands of records for a completely new issue of Suffolk Dragonflies (sample below).

A countywide survey was run by SBRC from 1986 to 1991, over 7,000 records were computerised using the RECORDER program. Guidance on identification and recording can be found on the British Dragonfly Society website.

Other papers from Suffolk Natural History

For an image of the Suffolk Priority species, Norfolk Hawker see our Pinterest Board