See Map for details of areas 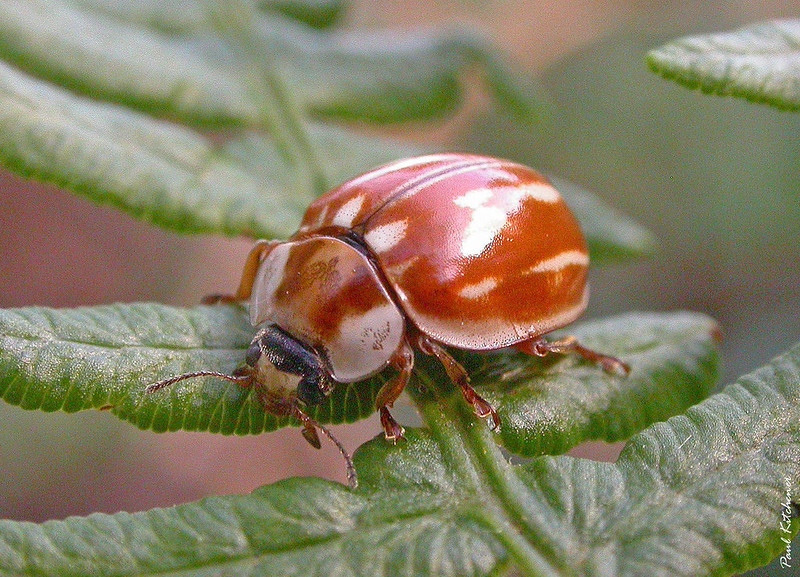 Suffolk Priority Species. The beautiful barn owl is, perhaps, our most-loved owl. With its distinctive heart-shaped face, pure white feathers, and ghostly silent flight, it's easy to identify. Look out for it flying low over fields and hedgerows at dawn and dusk. Image: Neil Rolph (Flickr).

The bittern is a thickset heron with all-over bright, pale, buffy-brown plumage covered with dark streaks and bars. It flies on broad, rounded, bowed wings. A secretive bird, very difficult to see, as it moves silently through reeds at water's edge, looking for fish. The males make a remarkable far-carrying, booming sound in spring. Image: Jon Evans (Flickr).

Their most distinctive features are their long beaks and legs, and the black and white stripes on their wings. Female black-tailed godwits are bigger and heavier than the males, with a noticeably longer beak (which helps the sexes to avoid competing for food with each other). Image: Edwyn Anderton (Flickr).

The bullfinch is a large, plump finch that feeds on buds and fruit in woodlands, hedgerows, parklands, gardens and orchards. Beautiful, easy to tame and skilful at mimicry, it was often taken as a cage-bird in times past. Image: Neil Rolph (Flickr).

The corn bunting is a sparrow-sized, streaky brown bird of hedgerows and farmland that feeds on seeds and invertebrates. In the winter, it will join mixed flocks of buntings, finches and sparrows to feed on seeds on farmland. Male corn buntings are often seen perched on top of bushes singing loudly - a song that sounds just like a jangling set of keys. Image: Neil Rolph (Flickr).

The cuckoo is a summer visitor arriving from Africa in late March and April. They are famous for laying their eggs in other birds’ nests, fooling them into raising their young. Dunnocks, meadow pipits and reed warblers are common victims of this. Image: Neil Rolph (Flickr).

The eerie, 'cur-lee' call of the curlew is a recognisable sound of wet grasslands, moorlands, farmland and coasts. Its long, downcurved bill is perfect for probing the mud for prey. Image: Charles Cuthbert (Flickr).

The dunnock is a small bird, about the size of a robin, which is common in gardens, parks, hedgerows, scrub and along woodland edges. Dunnocks are shy birds, hopping about in low vegetation and around the edge of lawns, feeding on small insects, worms and seeds. Image: Stuart Read (Flickr).

This small summer migrant travels from Africa to breed in the reedbeds of the UK. Rarely seen but given away by its insect-like trilling call; the movement of the head during calling makes it tricky to pinpoint the exact location of the singing perch. Image: Neil Rolph (Flickr).

The grey partridge is a medium-sized bird with a distinctive orange face. Flies with whirring wings and occasional glides, showing a chestnut tail. It is strictly a ground bird, never likely to be found in pear trees!  Image: Neil Rolph (Flickr).

Herring gulls are large, noisy gulls found throughout the year around our coasts and inland around rubbish tips, fields, large reservoirs and lakes, especially during winter. Image: Edwyn Anderton (Flickr).

The House Sparrow is a familiar, streaky brown bird of towns, parks and gardens. Males sport a grey cap and black bib, the size of which indicates their status. Image: Steve Roach (Flickr).

This tiny finch - only slightly bigger than a blue tit - is streaky and brown with patches of red on its head and sometimes its breast. They like to hang upside down to feed in trees. It has recently been 'split' from the mealy (or common) redpoll, which is a winter visitor. Image: Neil Rolph (Flickr).

The lesser spotted woodpecker is the smallest and least common of the three woodpeckers that are resident in Britain. The male is distinguished from the female by his bright red crown. Image: Neil Rolph (Flickr).

A small, slim finch, widely distributed and once very popular as a cage bird because of its melodious song. Males are attractively marked with crimson foreheads and breasts, females much browner. Image: Neil Rolph (Flickr).

This delightful chattering seabird is the UK's smallest tern. It is short-tailed and has a fast flight. Its bill is a distinctive yellow with a black tip. It is noisy at its breeding colony where courtship starts with an aerial display involving the male calling and carrying a fish to attract a mate. Image: Arthur Grosset (Flickr).

Despite their name, marsh tits are most often found in broadleaf woodland, copses, parks and gardens. They feed mostly on insects, seeds and berries, and often cache food over winter if they find a good supply. Image: Neil Rolph (Flickr).

The easiest way to find out if the nocturnal and well-camouflaged nightjar is about is to listen out for its distinctive 'churring' call at dusk. Image: Imran Shah (Flickr).

Familiar birds of farmlands and wetlands, Lapwings can often be seen wheeling through winter skies in large, black and white flocks. Males put on dramatic aerial displays, tumbling through the air, accompanied by their piercing 'peewit' call, which gives them their other, common name: Peewit. Image: Neil Rolph (Flickr).

Familiar birds of farmlands and wetlands, Lapwings can often be seen wheeling through winter skies in large, black and white flocks. Males put on dramatic aerial displays, tumbling through the air, accompanied by their piercing 'peewit' call, which gives them their other, common name: Peewit. Image: Neil Rolph (Flickr).

Savi's warbler is right on the edge of its range here, and its numbers have always been very low and difficult to see in the UK. Like most of this family, it is heard before it is seen, with a similar song to the grasshopper warbler but less persistent. Image: Sergey Yeliseev (Flickr).

Male skylarks can be spotted rising almost vertically from farmland, grassland, saltmarshes and moorland. They hover effortlessly, singing from a great height, before parachuting back down to earth. Image: Chris Baines (Flickr).

It's smaller and browner than a mistle thrush with smaller spotting. Its habit of repeating song phrases distinguish it from singing blackbirds. It likes to eat snails which it breaks into by smashing them against a stone with a flick of the head. Image: Neil Rolph (Flickr).

At first glance, spotted flycatchers might seem dull brownish-grey and, well, a bit boring. It's better to think of them as beautiful in an understated way. Watch them for a short period and you'll be charmed by their fly-catching antics. Spotted flycatchers fly from a high perch, dash out to grab a flying insect and return to the same spot. Image: Neil Rolph (Flickr).

A murmuration of starlings is an amazing sight - a swooping mass of thousands of birds whirling in the sky above. Image: Neil Rolph (Flickr).

A strange, rare summer visitor to southern England and East Anglia. Active at night, its large yellow eyes enable it to locate food when it is dark. It is not related to curlews but gets its name from its curlew-like call. Image: Neil Rolph (Flickr).

Suffolk Priority Species. Swifts spend most of their lives flying – even sleeping, eating and drinking – only ever landing to nest. They like to nest in older buildings in small holes in roof spaces. Image: Neil Rolph (Flickr).

They are very similar to meadow pipits but, on close inspection, may be distinguished by their heavier bill, shorter hind claw and fine streaking on the flank - they also have very different calls. Image: Natural England/Allan Drewitt (Flickr).

Smaller than a house sparrow and more active, with its tail often cocked. It has a chestnut brown head and nape (rather than grey) and white cheeks and collar with a contrasting black cheek spot. They are shyer than house sparrows and are rarely associated with people in the UK. Image: Natural England/P.N. Watts (Flickr).

The turtle dove is a dainty dove, smaller and darker than the collared dove and slightly larger than a blackbird. Its upperparts are distinctively mottled with chestnut and black and its black tail has a white edge. The gentle purr of the turtle dove is an evocative sound of summer, but has become increasingly rare following rapid and sustained population declines. Image: Neil Rolph (Flickr).

The twite is a small, brown finch closely related to the linnet, but with a longer tail and stubbier bill. Its back is tawny, heavily streaked with dark brown and is white below with dark-brown streaks on its flanks. Like the linnet, it feeds on seeds year-round. Image: Imran Shah (Flickr).

The willow tit lives in wet woodland and willow carr. It is very similar to the marsh tit, but has a distinctive pale panel on its wings. Image: Sue Cro (Flickr).

The attractive but unobtrusive wood warbler is one of the largest warblers in Europe. It has bright yellow upper parts, throat and upper chest and white under parts. Image: Natural England/Allan Drewitt (Flickr).

The secretive woodlark favours open, dry habitats with short grasses. It can be seen all year-round, but is most noticable in February and March. It feeds on seeds and insects, and often moves to farmland stubbles for the autumn and early winter. Image: Sue Cro (Flickr).

The yellow wagtail likes damp marshes, meadows and farmland, and spends much of its time running about on the ground, chasing insects disturbed by the feet of livestock. Yellow wagtails are a summer visitor, they arrive from their African wintering grounds from March onwards. Image: Neil Rolph (Flickr).

The yellowhammer is a sparrow-sized, bright yellow bird of woodland edges, hedgerows, heath and farmland that feeds on seeds and invertebrates. Yellowhammers are often seen perched on top of bushes singing their 'a little bit of bread and no cheese' song. Image: Neil Rolph (Flickr).

This is by far the most popular class for naturalists in the County with over 2 million records on the SBIS database. Most recording is carried out by members of the Suffolk Bird Group (SBG, formerly SOG). The SBG website includes a useful Guide to recording Birds in Suffolk. Records of rarities and applications for access to such confidential data are dealt with by the Suffolk Ornithological Records Committee (SORC). Suffolk Birds is published annually by Suffolk Naturalists' Society and gives a review of the previous year's records. Back issues of the SBG Newsletter The Harrier are available online.

All correspondence used for compiling the annual Bird Report since 1973 is housed at SBIS, it is roughly sorted (and coded) into date order. There is a species-based card index for all 1973 records. For 1979–90 a species index has been created by Bob Warren. From 1991–5, SBIS took over this role and records were collated using the RECORDER program. Data was first edited by the County Bird Recorders and over this period some 89,000 records were added. From 1996 the three recorders used Jack Levene's 'Club Recorder', and more recently data has been stored and processed using the Mapmate software. At the end of the year, records are collated for production of the annual Bird Report and a copy is stored at SBIS.

A tetrad level survey of the county's breeding birds ran from 1988–92. The first three years were organised in conjunction with a national survey organised by the BTO. All records were computerised at SBIS using the RECORDER database. There are over 53,000 records from the years 1988–94. A provisional atlas The Birds of Suffolk was produced in 1993 incorporating all this survey data, as well as maps collated from tetrad survey and other records held at SBIS were published in 2003.

Another county tetrad level survey, run in parallel with the BTO National Survey, was undertaken 2007–11. The results of this survey have been compiled by Margaret Regnault to produce the Suffolk Bird Atlas

For images of Suffolk Priority species see our Pinterest board